Get to know the equal pay icon.

Lilly Ledbetter worked as an area manager at Goodyear plant in Gadsden, Alabama for nineteen years. Her crusade to remedy the gender-based pay discrimination that she suffered during that time received national attention, and her activism led to the passage of the Lilly Ledbetter Fair Pay Act in 2009.

Despite never receiving compensation for the discrimination she faced, Lilly Ledbetter fought to pass legislation ensuring that other women would not have to experience the same inequities she had. In 2009, President Barack Obama made the Lilly Ledbetter Fair Pay Act the first piece of official legislation that he signed upon taking office. The bill revises previous legislation and states that the 180-day statute of limitations resets with each new paycheck affected by discriminatory action, giving plaintiffs more time to file their claims.

What does the word ambition mean to you?

To be successful in your endeavors, in your career, and to achieve the highest possible position or success that you possibly can.

Was ambition something you were born with? Or did you develop ambition later in life?

I think along the way of life my ambition grew and became more apparent to both myself and people around me, but I have always been described by my teachers at the elementary level on through the college level as having a great deal of drive and as ambitious– I wouldn’t give up.

Do you have any personal anecdotes about your childhood ambitions?

When I was in high school, I had a teacher say I had more drive than any person he had ever met in all of his days of teaching. Even after he retired, we lived in the same town, and he always talked about the drive I had to succeed because I would not give up on anything.

What are some misconceptions about ambition for women?

Sometimes people think women have too many commitments – like children, family, parental care – for their ambition to succeed and that’s not true. Some of the most successful women I know that hold senior positions also have a family. Their families work together so that she can be successful in her ambitions. Employers should not make these judgment calls because the very person they’re judging just might be the person to carry that company forward.

What do you think partners can do better to support the women in their life, at home and in their careers?

I believe in teamwork at home and on the job. At home, successful couples share the workload. Couples (dating or married) should sit down, communicate and make a plan together, as a team.

Tell us about your childhood and your surroundings growing up. What was it that made you work so hard to get your job at Goodyear?

I grew up in one of the poorest counties in Alabama. When doors began opening for women in the 1960s and 1970s, women began to get better and better jobs, make more money and have more opportunity.

I knew I wanted to do something better with my life. To make a difference. To be in a job that I could make decisions that would better other people’s lives as well as my own. In order to achieve this, I started focusing on my education in management. Before Goodyear, I had held a management position with another large company managing sixteen different locations for nearly 15 years. Then, I went to work for Goodyear Tire and Rubber in 1979.

What did you learn about ambition and equality from your family, and how has that influenced you?

My father, he had a work ethic that was just unbelievable. He retired from Civil Service with 32 years under his belt. He never took a sick day…not even one. My parents taught me that if you did a good day’s work, you would be paid well for what you had done. And that was my ambition in life – to have a job that I couldn’t wait to go to and didn’t want to leave at the end of the day because I enjoyed what I did and the benefits it would bring my family.

Describe your time working at Goodyear. What initiated your fight for equal pay?

When I went to work there, I was told to never discuss my pay, and if you did discuss your pay, you would no longer work there. So, not a single person around me ever discussed their earnings. There was no way to find out where I stood, how I rated according to my peers. I was hired as a supervisor and later was promoted to area manager.

I was given an anonymous note with the salaries of the four area managers, showing how much less I was being paid than the men. We had the exact same job, just a different shift. It was so devastating. It didn’t just impact my pay, it impacted my overtime, my family and my future.

That impacted things like your savings and retirement as well?

Absolutely. My retirement was based on what I was earning. My contribution was a pay percentage matched by a percentage. My 401K, stock, and social security was depending on earnings as well. I was short changed for the rest of my life and there’s nothing I can do about it.

How do you think the anonymous note made its way to you?

I was two years away from retirement and I needed to know where I stood because that impacted my monthly retirement for the rest of my life. Eventually, this note made its way to me. That is when I knew I had to file charges.

I’m very grateful that I pursued this because had I not, I would have retired and never known what was happening to me all those years. It’s extremely hard on an individual and their family, to go through what I did because I filed my charge in 1998, and the final verdict did not come out until May of 2007. After the verdict came out, I put in another 18 months of work to create the Ledbetter Bill so that future generations would have the same option to file a charge if they were being discriminated against by their employer.

What were your feelings when filing these charges? I imagine it takes tremendous risk.

It takes a lot of risk. You have to be a strong individual. And my family supported me even though they knew we’d be in it for a long time. These cases are not solved overnight.

It was a tough decision to pursue the case as I was just two years away from retirement. But then I thought about how much money my family was shortchanged and how hard it was all those years while we were trying to make ends meet. At one point during my career, my husband lost his job and had to get another one starting out at the bottom of the ladder. It was it was very, very difficult when it didn’t have to be if I had been fairly compensated all those years. I was working as hard as I could. I even got a top performance award in 1996.

During the trial, what kind of support did you have from your husband, family, and friends?

My husband supported me and all the while he was going through a very difficult time. He had four battles with cancer throughout my trial but he was in court with me every day. He was with me every time I went to Birmingham (75 miles away from home), to where the Equal Employment Commission Office was and to my lawyer’s office.

He passed away and did not live to see the Ledbetter Bill become a law but I know that he died believing it would.

What is your negotiation advice for the young woman who is just entering the workforce?

The AAUW (American Association of University Women) has a fantastic program called Start Smart. It is a great program for young women to learn negotiating skills in preparation for their first job. Women are more likely to accept a first offer or give a low figure when negotiating. I encourage women, especially young women in college to find one of those workshops. Or invest some time and do your research on whatever corporation you’re interviewing with because there is so much out there now online. What does this company pay? What are their benefits? Try to connect with people that work for the companies you are interested in and learn about their culture and benefits. Don’t get backed into a corner and take whatever is offered. It’s so heartbreaking when you hear of these cases of somebody working somewhere for twenty years at half what they men were making… because that is a story I hear too often.

That is great advice for young women. Our former president, Barack Obama signed the Ledbetter fair pay act into law in 2009. What are your thoughts about what remains to be done to level the playing field.

I am so proud of the Ledbetter Bill. It was sponsored and cosponsored by Republicans and Democrats and it became a law based on both parties. Because when you speak about equal pay in this country, so many people on one side will tell you that it is a myth… no, it’s not a myth. Go into a bookstore, go to an airport, do some interviews, it’s not a myth, it’s math. Do the math, find out what these people are making, how many jobs these women are working for less than men.

We need more legislation and protections for women. I was young and naïve when I started at Goodyear, like a lot of young people today. I thought I was being paid equally, there was even a bill 1963 that said I would get paid what the men were paid for the same work. Clearly, no one enforced it.

What can men do to play their part in ensuring that women in their lives receive equal pay for equal work?

Well, equal pay is a family affair. It means you can have better food, housing, medical care, education, and overall a better quality of life. Equal pay is an economic stimulus package because women will turn their money around and invest in their communities.

Companies need to make sure that everyone is compensated fairly and equitably. When employees know everyone is treated fairly they are more successful and the bottom line increases. When everybody enjoys their job because they know they’re compensated based on their experience, education and expertise they bring to the job the whole company benefits.

What does #embraceambition mean to you?

Being respectful of and supporting everyone’s ambitions equally.

What would you want your children and grandchildren to remember about your hard work?

That I never gave up and I did make a difference. In fact, I told my pastor, when he does my funeral, that’s the last line I want… She made a difference. 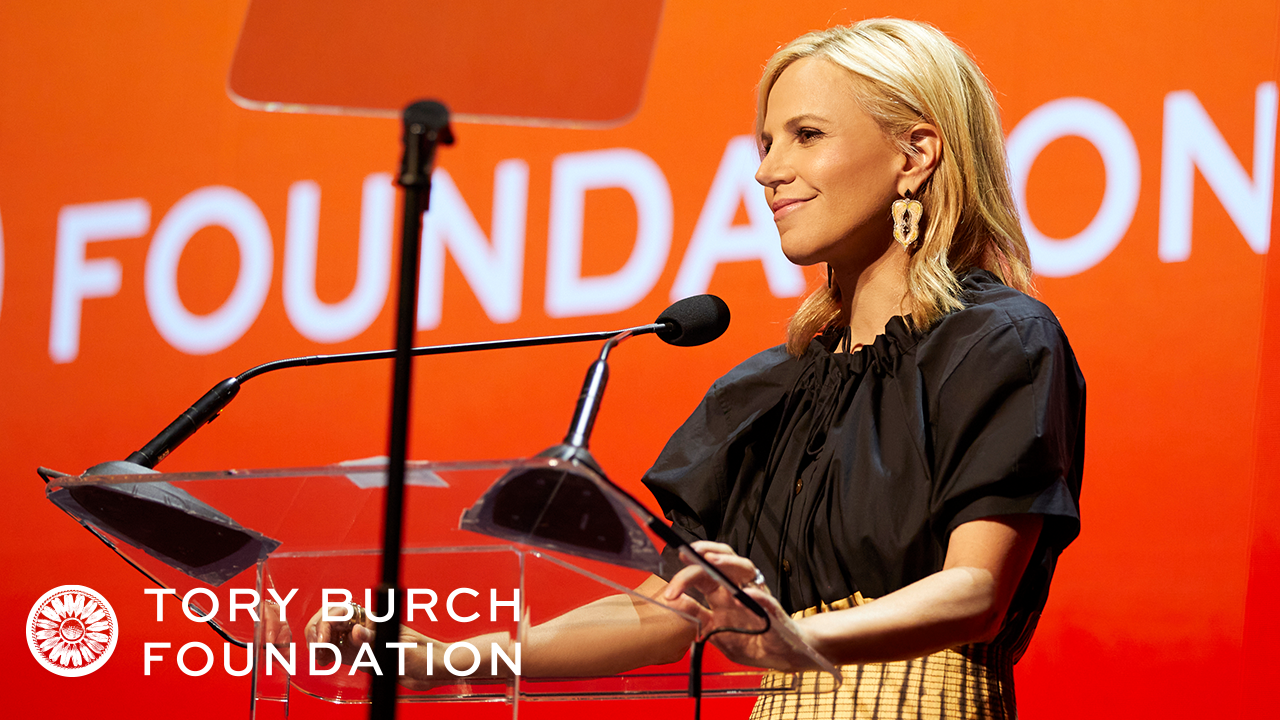 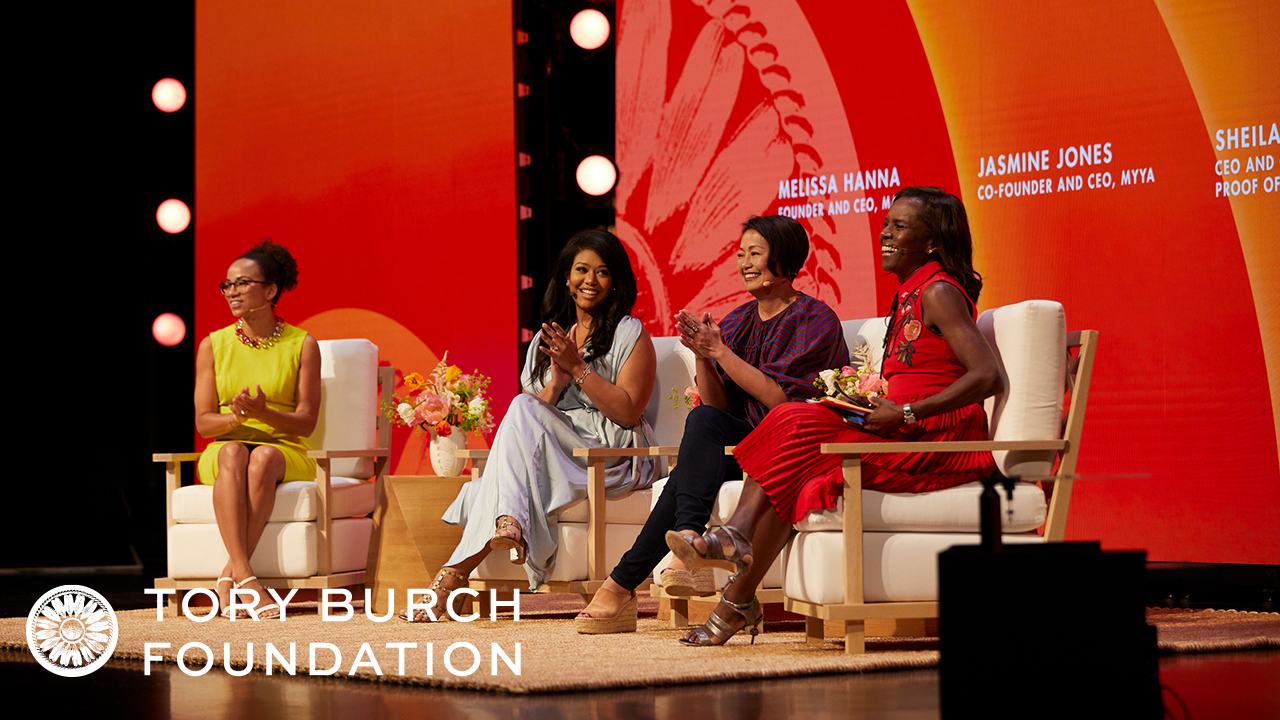 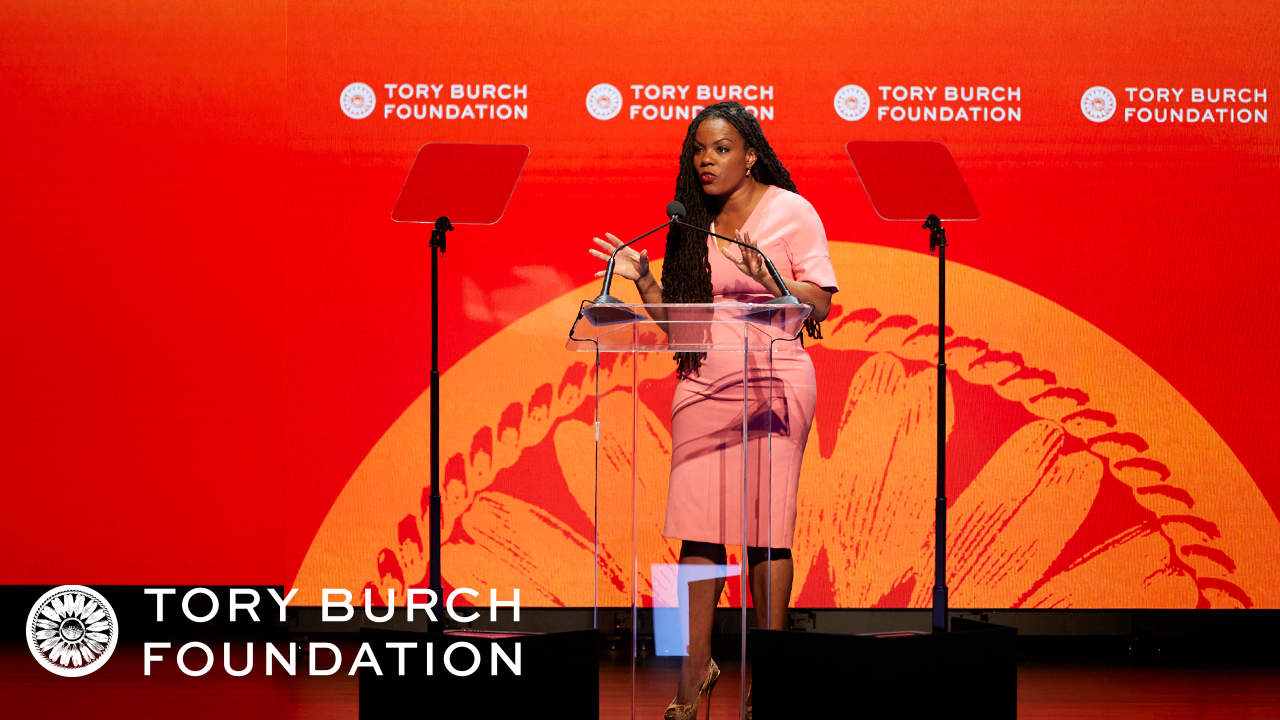 The think tank leader explains the “she-cession”, or the pandemic’s effect on women's financial states and career prospects. 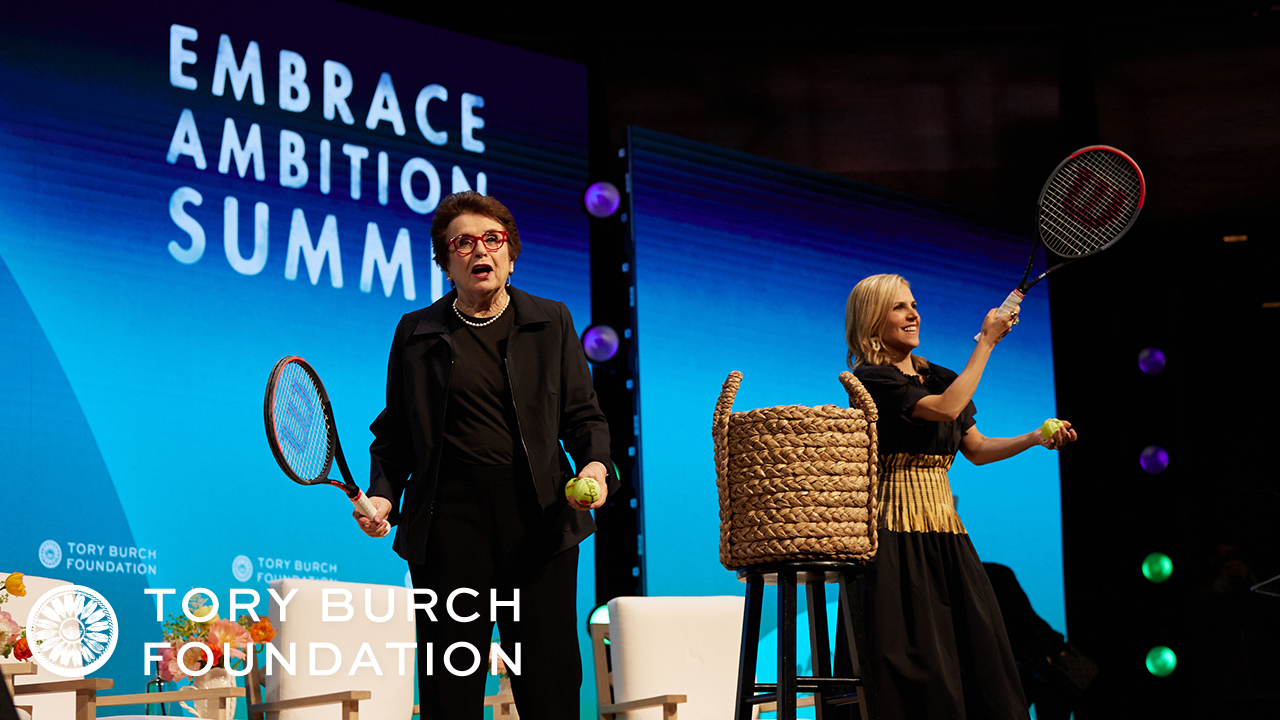 The sports and equality icon reflects on her career 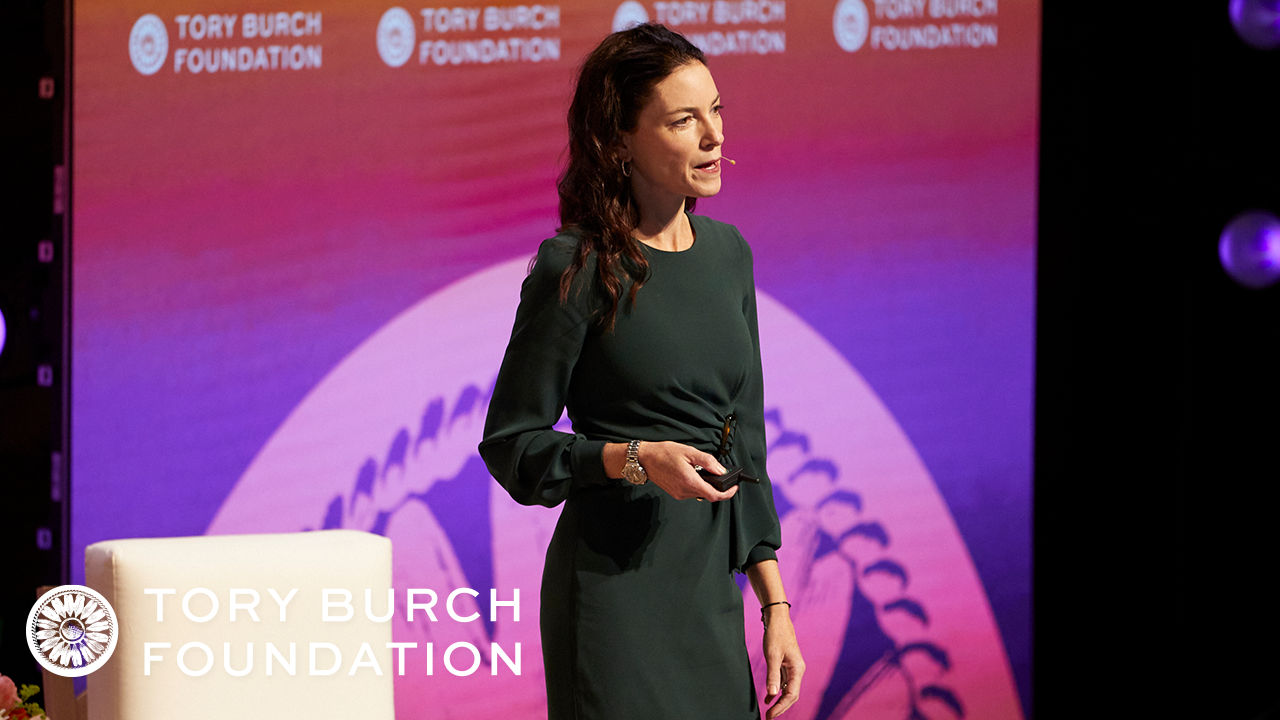 Inside the costs of excluding women from medical trials 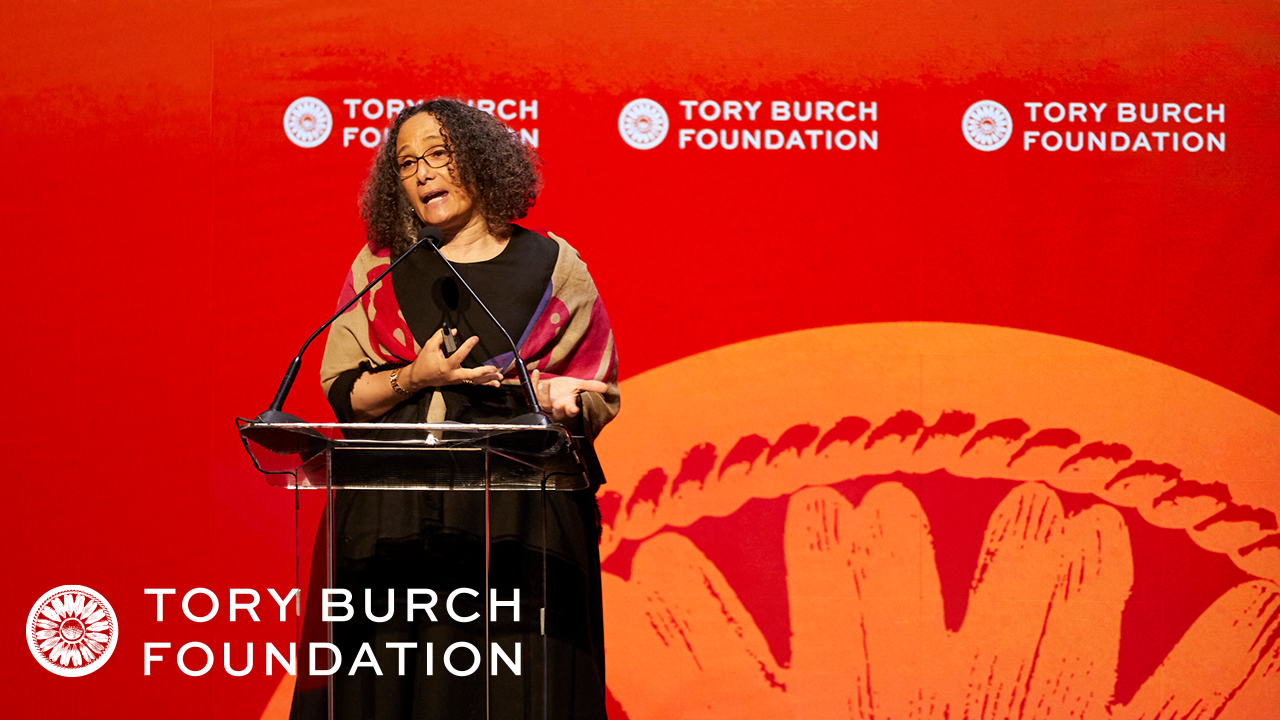