When Should I Start My Business?

Eric Ries, author of The Lean Startup, can help you decide.

What was your aha moment for the lean startup concept?

I’m a technologist. I always worked as the CTO of the companies I founded or worked in the engineering department of startups I joined, so I was always very focused on the technical aspects of building a great product and product development team. I had some pretty odd ideas about how product development should be run. I thought the customers should be involved a lot earlier in the process and we should do more iterations than people thought made sense at the time. I really wanted to make decisions in a scientific way. When I got the chance to build product development teams of my own in startups, I could see that these things really work well. The problem was, I struggled to find that framework for talking about it to help people understand what I was talking about. That’s when I stumbled upon books about lean manufacturing and the lightbulb went off. What I was experiencing was very similar to what the early practitioners of lean manufacturing discovered on the factory floor: how fast you can change what you are doing, doing things in smaller batches, and having a customer centric approach to everything you do. These discoveries produced some very surprising dividends and helped me realize we were supplying the same principles in the world of startups.

You titled part one of your book, “vision.” describe the importance of developing a vision for your company.

It’s part one of the book because there’s nothing more important than vision. At the end of the day, all the techniques, practices, advice and financing in the world can only help you realize your vision more efficiently and effectively. But, it can’t tell you where to go. For example, if you get in your car and say, “hey GPS, where should I go today?” it doesn’t know, it’s a robot. It just helps you get to your destination more effectively. And if your destination is stupid, what’s that going to do for you? Nothing. It can also be really helpful to have a GPS in your car to help you navigate an alternate route and that’s really the metaphor for what we talk about in “lean terms” as a pivot. If we discover that the specific strategy we had in mind to get to our destination is wrong, it doesn’t mean we should give up, it means we should try a different approach.

How can entrepreneurs identify a viable idea?

It’s good news, and it’s bad news. The bad news is there is really only one way of proving an idea is viable, and that’s to build a huge successful viable business around it. Of course, the person asking this question wants to know which of several ideas should be pursued or if they should quit their job to pursue an idea. The true, honest answer is until you really accomplish it, you don’t really ever know that it was viable or not. The good news is, people talk about an idea as if it’s only viable or not viable. But that’s not really true. The details matter a lot. So, imagine you go back to Mark Zuckerberg’s dorm and you were sitting with him, around the time he started Facebook, and you asked, “hey, is a college social network a viable idea or not?” And you find evidence of a social network failing and another not doing great, but that’s actually kind of irrelevant. What matters is if Facebook, in particular, is a good idea. There were a lot of mistakes and errors along the way that allowed him to learn what was needed to make Facebook into a viable business.

I really think that one of the great things about entrepreneurship is it’s a process of self-discovery. By pivoting and chiseling away, you discover what you really care about. I would encourage entrepreneurs to say: what’s an idea that I’m so passionate about that even if I try and fail I’ll feel good about it? It’s not just because I want to make a lot of money; it’s because the world needs it so badly it’s worth investing years of my life and the agony of being an entrepreneur to try and make it a reality. If I fail, well, it will have been a very noble attempt because this is an intrinsically good thing for the world.

What were the key mistakes you made in launching your first startup?

It’s hard to name all of the mistakes we made. We made them all at the same time, so it’s hard to know which ones were fatal and which ones we could have survived. The startup made every mistake in the book. We didn’t understand our customers, we didn’t have a viable business model, we raised money easily and spent it quickly. We convinced ourselves that because we were so smart and had built a beautiful, forty-page business plan, things were going to work out fine if we just followed the plan.

I didn’t appreciate it as a learning experience at the time. I was embarrassed. I thought I really ruined my career and made a big mistake. It wasn’t until years later, when I came out to Silicon Valley, that I really came to appreciate how people out here saw my failure of a startup as a sign of initiative and figured I had learned valuable lessons. They saw it as a positive thing and that really surprised me.

Your advice on understanding and measuring customer feedback?

Here are two simple tips that have helped me a lot.

The first is when in doubt, talk to customers. Talking to customers means getting out of the building, going out and seeing customers in person. Everyone will tell you your idea is great – that’s irrelevant. What can you learn about how your customers live, what’s important to them, what their problems are? It’s a customer development theory called customer discovery. If you’re not doing that on a regular basis as an entrepreneur, you’re basically going into battle with one arm tied behind your back. So, when in doubt, make sure you’re getting a steady and regular diet of raw customer feedback.

The second tip is when you’re trying to figure out which feedback to listen to, think like a scientist and do an experiment. It can be really simple. Don’t just show them the product description, because most people will just say it’s a great idea. Instead, ask them to take out their credit card and give you $25 to pre-order your product right now. You’d be amazed how many people who said a second ago it was a great idea, now can’t seem to find their wallet. It doesn’t have to be complicated. Start with one person or five people or ten. If your idea is so great that people are going to love it, that also means the first ten people you talk to will love it. And if you think it’s not ready and everyone will hate it, okay, great. That also means the first 10 people you talk to will hate it. Let’s just go double check.

How can entrepreneurs focus their energy on being most efficient?

Efficiency is an important word. It’s a word that gets a lot of people into trouble because most of us who are starting companies all suffer the same problem. Most of us have previous jobs in ordinary kind of businesses, where efficiency means someone tells you what to do and you figure out the smartest, fastest, cheapest way to get it done because someone has decided it’s a good idea. In startup, we wind up doing things that often make no sense or that serve no purpose.

So, the first thing is to realize that startup efficiency comes from eliminating whole categories we don’t need to worry about. This brings us to the concept of what we call a minimal viable product remedy, MVP. The idea is simply to force you to simplify and ask, what do I need to learn and what is the work minimum required to get that learning. Everything else is extraneous. That is the kind of efficiency that makes startups uniquely work versus the people who are overwhelmed and paralyzed.

What skills have you developed as an entrepreneur that weren’t always natural to you?

Everything entrepreneurial was unnatural for me. I’m a super introvert and I don’t like talking to customers actually. It’s all very difficult and scary. At the end of the day, if you care enough about the outcome you’re trying to achieve, it’s worth it to endure the discomfort of what’s required to make that outcome happen.

What is the value in understanding technology for every entrepreneur as they pursue their venture?

I don’t think it’s an exaggeration to say technology will be at the heart of every new business in the 21st century. So, first of all, if you are afraid of technology or you think you’re not good at it, what you’re saying is you’re ultimately not able to control your own business. I would say everyone has to go back to school and put themselves through a technology boot camp. We understand math and reading skills are fundamental to the world we live in. If you want to be an entrepreneur, technology is one of those skills.

The biggest change these technologies are causing is they really democratize the tools for production and increase the leverage each individual person has to create a business. It’s possible to test a much wider array of ideas, it’s easier to get started, easier to try something more radical and riskier than you otherwise would have been able to. If you shut yourself out from all those possibilities, then you’re really missing out. I strongly believe in the power of technology to make things a lot easier. 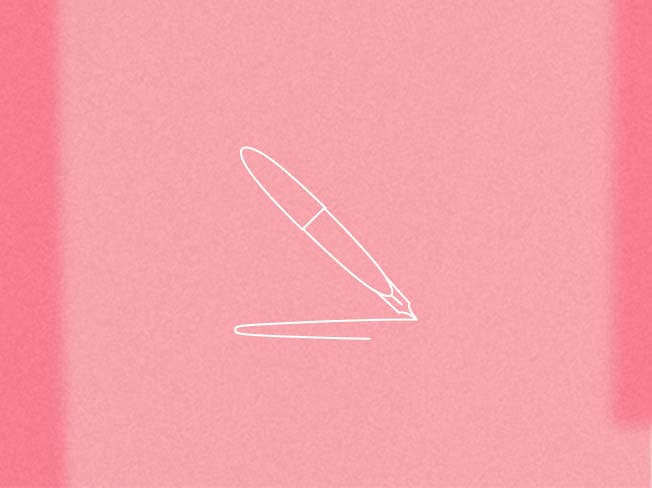 Get your minimum viable product into customers’ hands and start growing 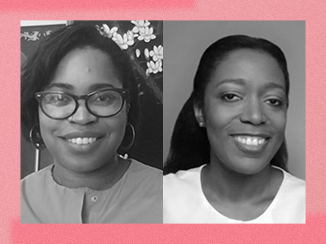 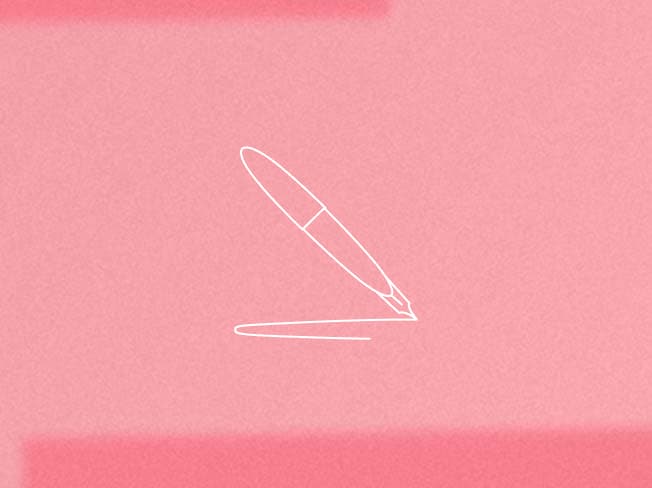 Financial Tools for Your First Year in Business

Help preparing your small business finances in the first year

Legal and Tax Considerations for Your New Business

Setting up an LLC, creating contracts and more 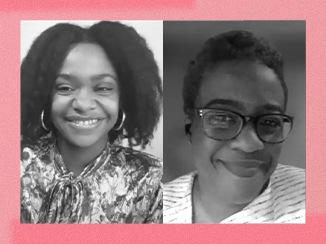 Finance Systems for Your First Year in Business 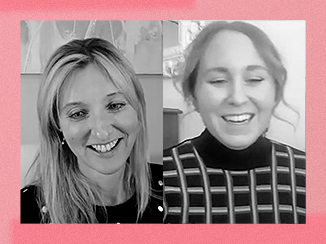 Attorney Nicole Pavlik outlines the difference between an LLC, S-Corp and C-Corp status, the types of insurance business owners sh...